Teens: June is LGBTQ+ Pride Month! To celebrate, the Stratford Library Teen Dept. is excited to offer a special Rainbow Pride Wreath Grab ‘n’ Go Kit just for you. Beginning June 8th, click here to register for one (while supplies last). Below you can also find a collection of LGBTQ-themed books available at the Library so you can Read with Pride all month long! 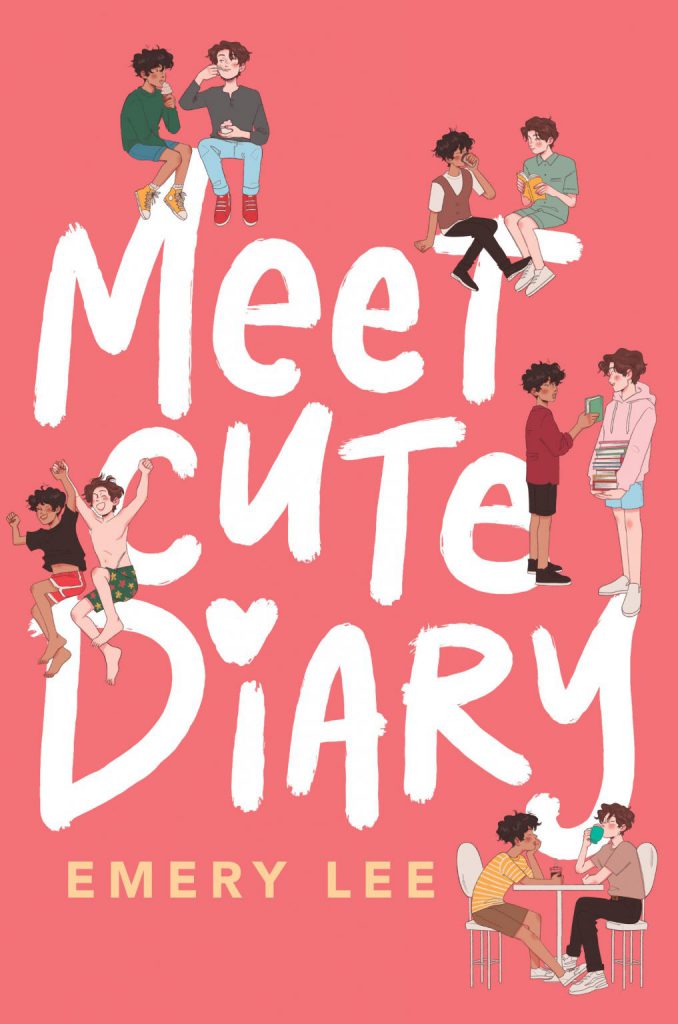 “When Ever Wong’s parents sent her away for the summer, she’s expecting a strict, educational immersion program in Taiwan. Instead, she finds the infamous “Loveboat.” For the first time ever, Ever is discovering what freedom tastes like. But soon Ever will be back to her parents and the future they’ve planned for her. Will she let this glimpse of freedom go – or will Loveboat give her the courage to pursue the future she dreams of, and the Ever Wong she wants to be?” 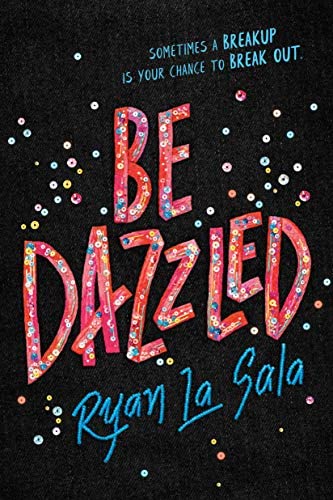 Be Dazzled by Ryan La Sala

“Seventeen-year-old Raffy is determined to win a cosplay competition that could lead to art school admission and respect for his talent, but being paired with his main competitor, ex-boyfriend Luca, complicates things.” 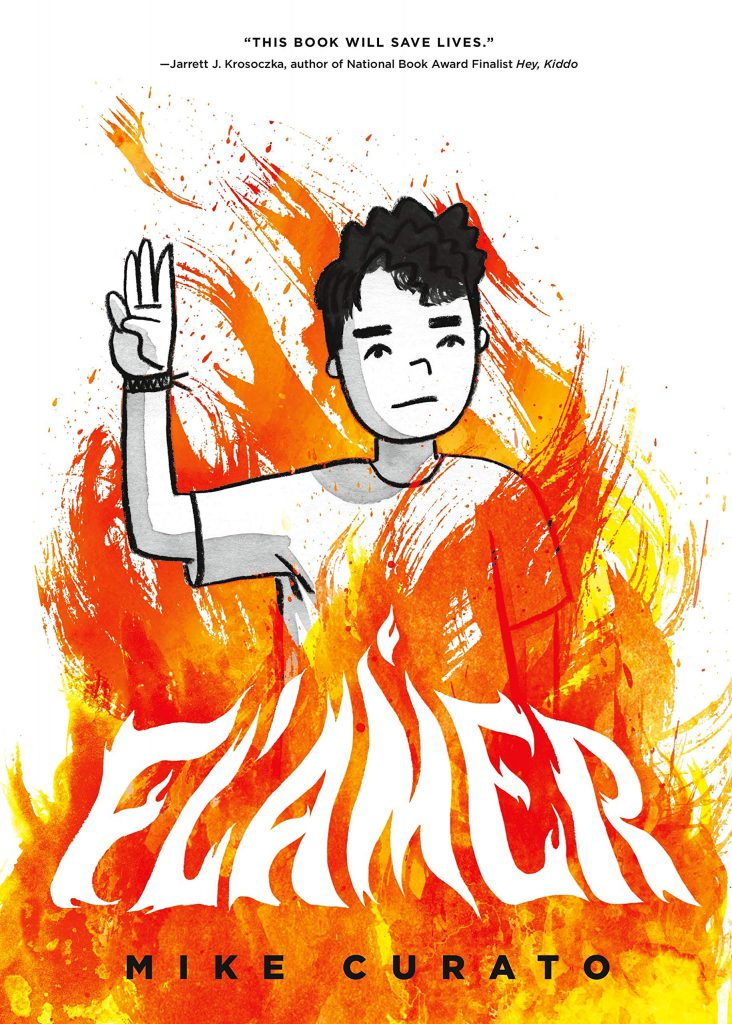 “It’s the summer between middle school and high school, and Aiden Navarro is away at camp. Everyone’s going through changes–but for Aiden, the stakes feel higher. As he navigates friendships, deals with bullies, and spends time with Elias (a boy he can’t stop thinking about), he finds himself on a path of self-discovery and acceptance.” 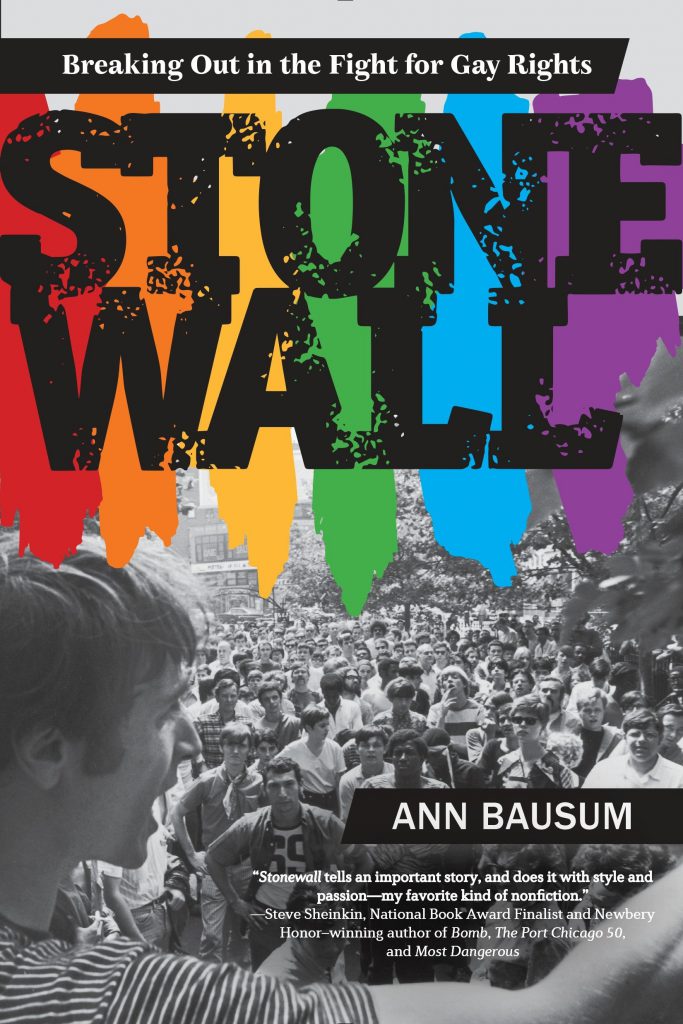 Stonewall: Breaking Out in the Fight for Gay Rights by Anna Bausum

“A dramatic retelling of the Stonewall riots of 1969, introducing teen readers to the decades-long struggle for gay rights.” 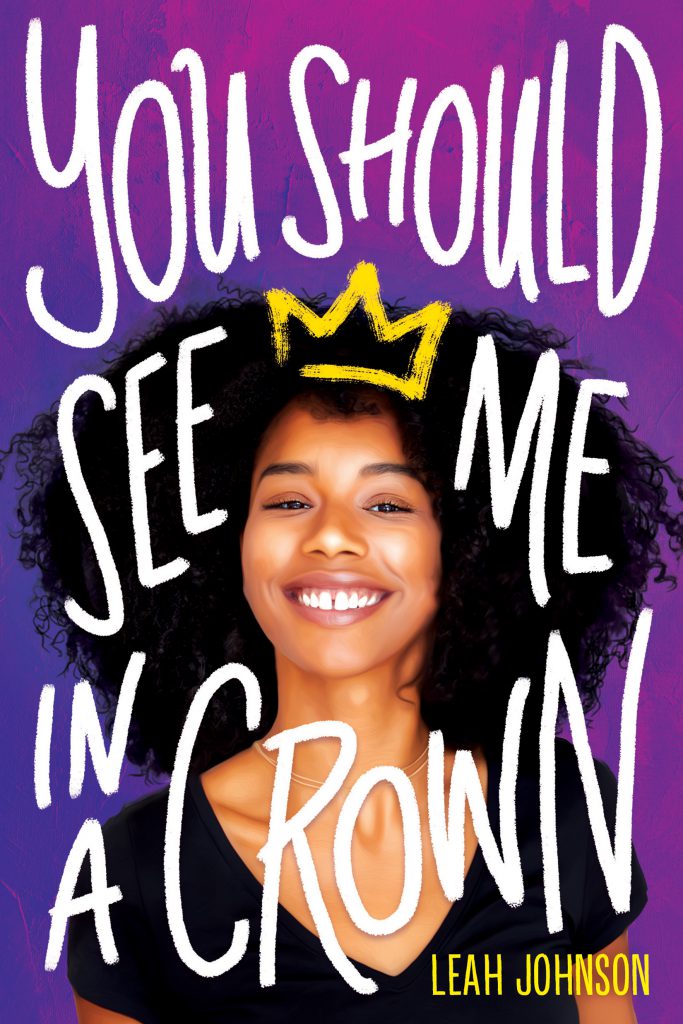 You Should See Me in a Crown (Johnson, Leah)

You Should See Me in a Crown by Leah Johnson

“Liz Lighty has always done her best to avoid the spotlight in her small, wealthy, and prom-obsessed midwestern high school. Instead she has concentrated on her grades and her musical ability in the hopes that it will win her a scholarship to elite Pennington College and their famous orchestra where she plans to study medicine–but when that scholarship falls through she is forced to turn to her school’s scholarship for prom king and queen, which plunges her into the gauntlet of social media which she hates and leads her to discoveries about her own identity and the value of true friendships.” 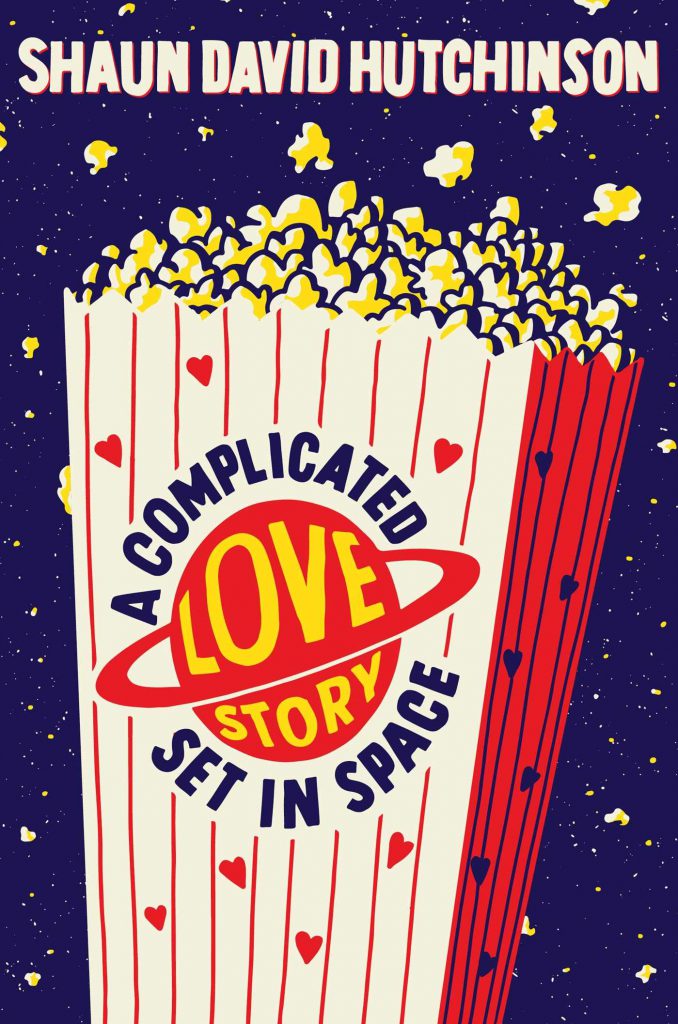 “Sixteen-year-olds Noa, DJ, and Jenny awake on a spaceship, unaware of how they got there or what is coming, but soon Noa and DJ are falling in love.” 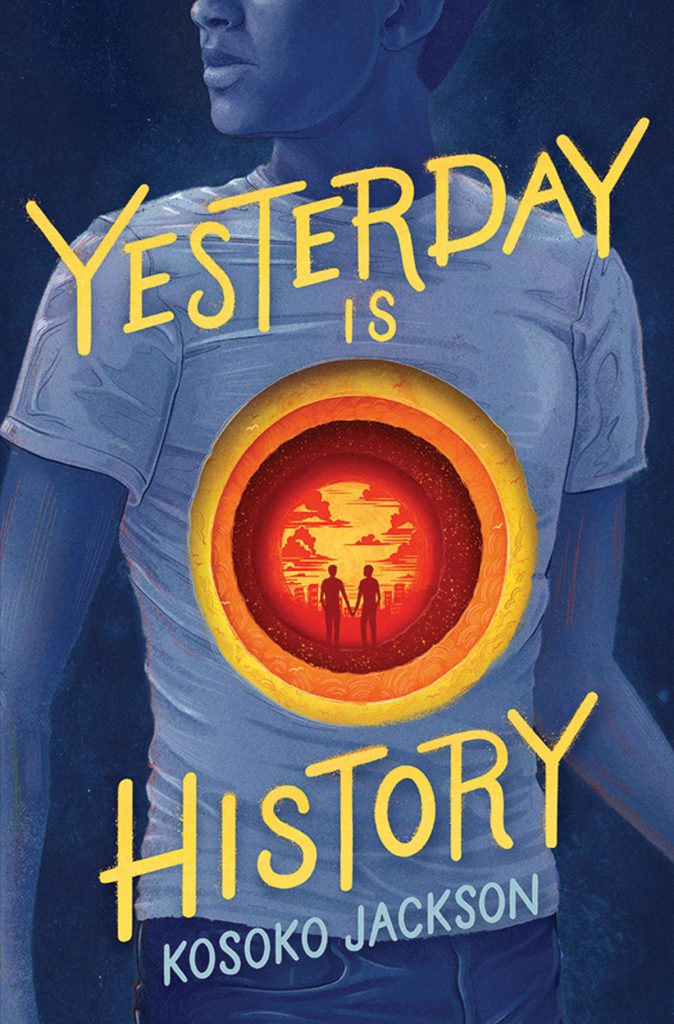 Yesterday is History by Kosoko Jackson

“After a liver transplant, Andre suddenly becomes a time traveler, but is his soulmate Michael, who lives in 1969, or Blake, his donor’s brother, who is training him in 2021?” 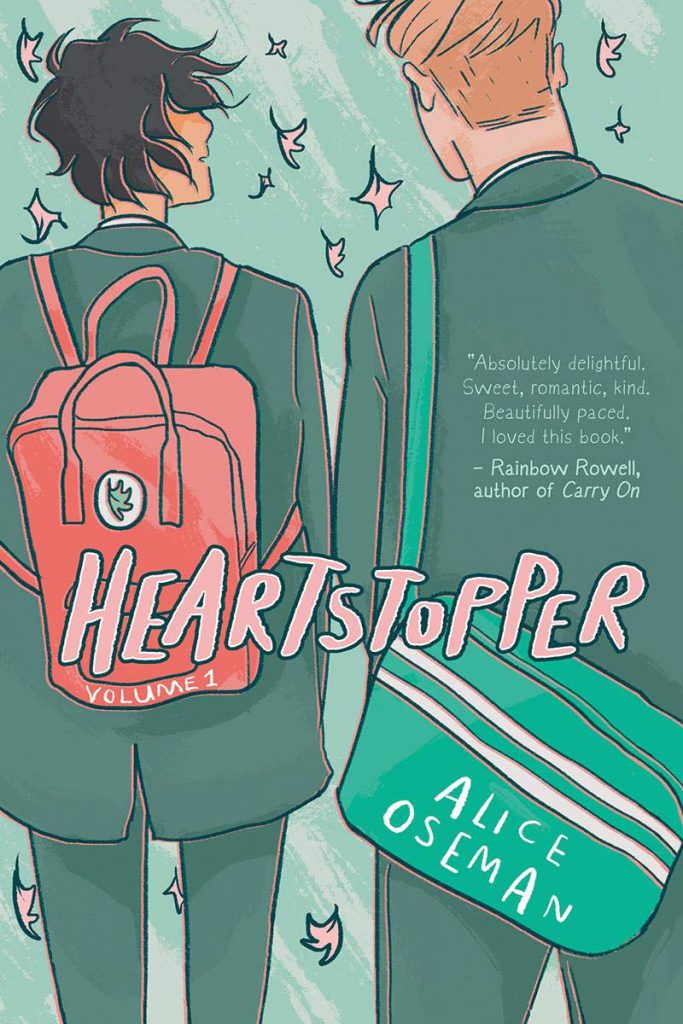 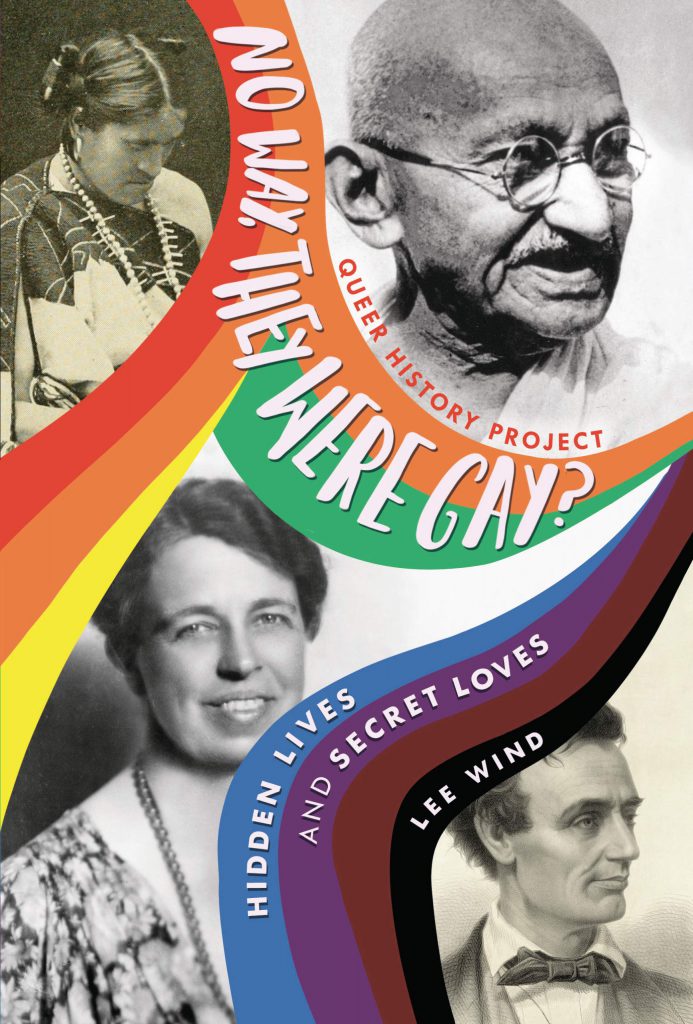 No Way, They Were Gay? by Lee Wind 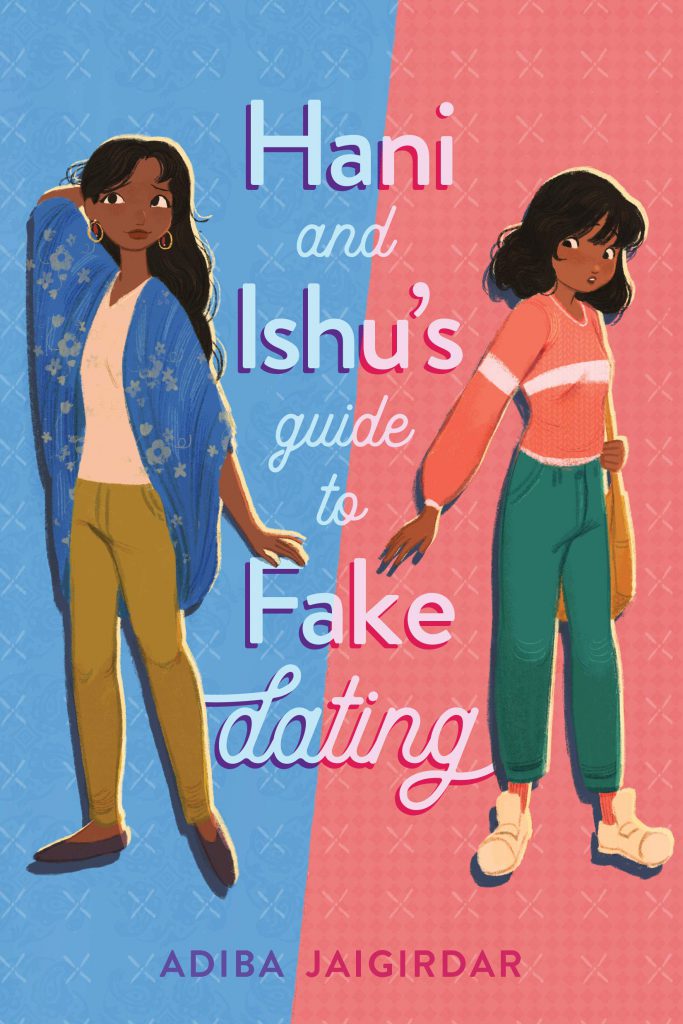 Hani and Ishu’s Guide to Fake Dating by Adiba Jaigirdar

“Everyone likes Humaira Hani Khan–she’s easy going and one of the most popular girls at school. But when she comes out to her friends as bisexual, they invalidate her identity, saying she can’t be bi if she’s only dated guys. Panicked, Hani blurts out that she’s in a relationship…with a girl her friends absolutely hate–Ishita. Ishita is the complete opposite of Hani. But she agrees to help Hani, if Hani will help her become more popular so that she stands a chance of being elected head girl.” 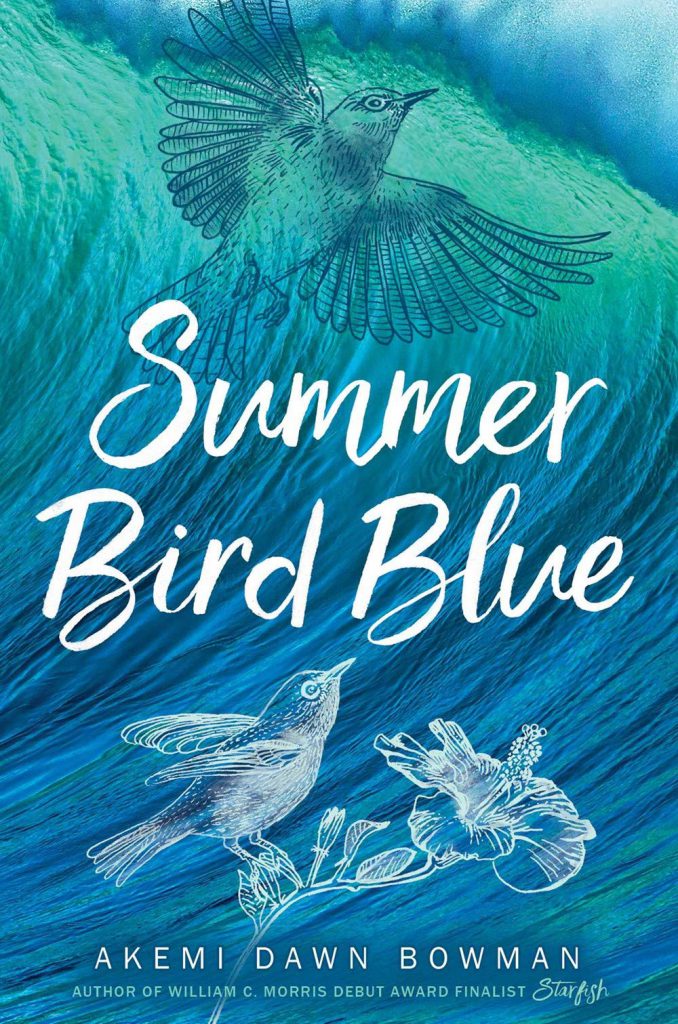 “After her sister and songwriting partner, Lea, dies in an automobile accident, seventeen-year-old Rumi is sent to Hawaii with an aunt she barely knows while she and her mother grieve separately.” 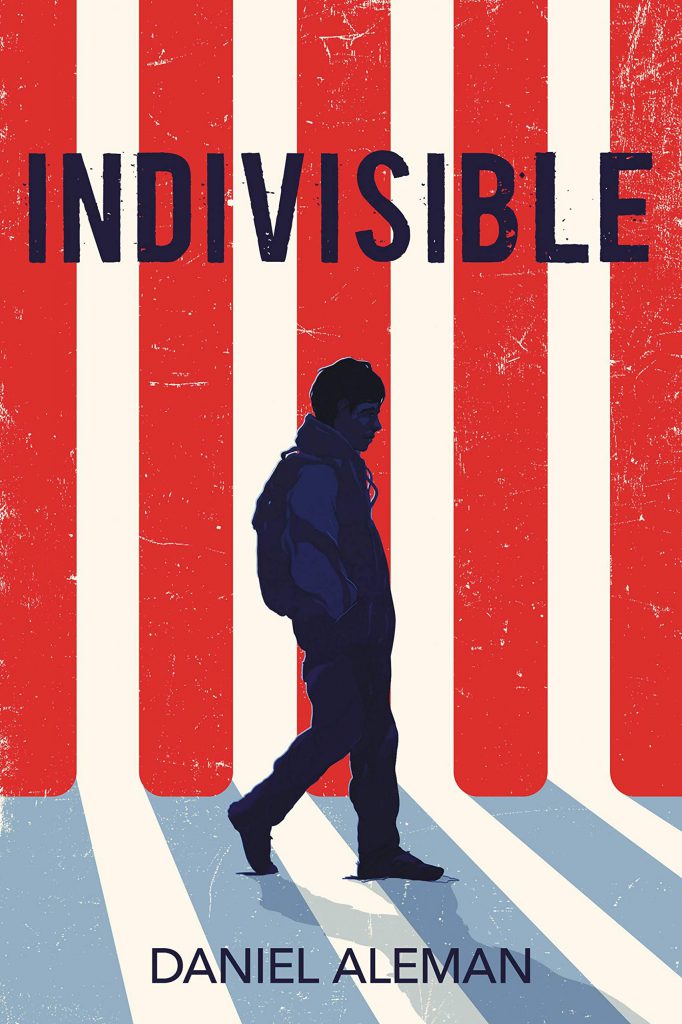 “New York City high school student Mateo dreams of becoming a Broadway star, but his life is transformed after his parents are deported to Mexico.” 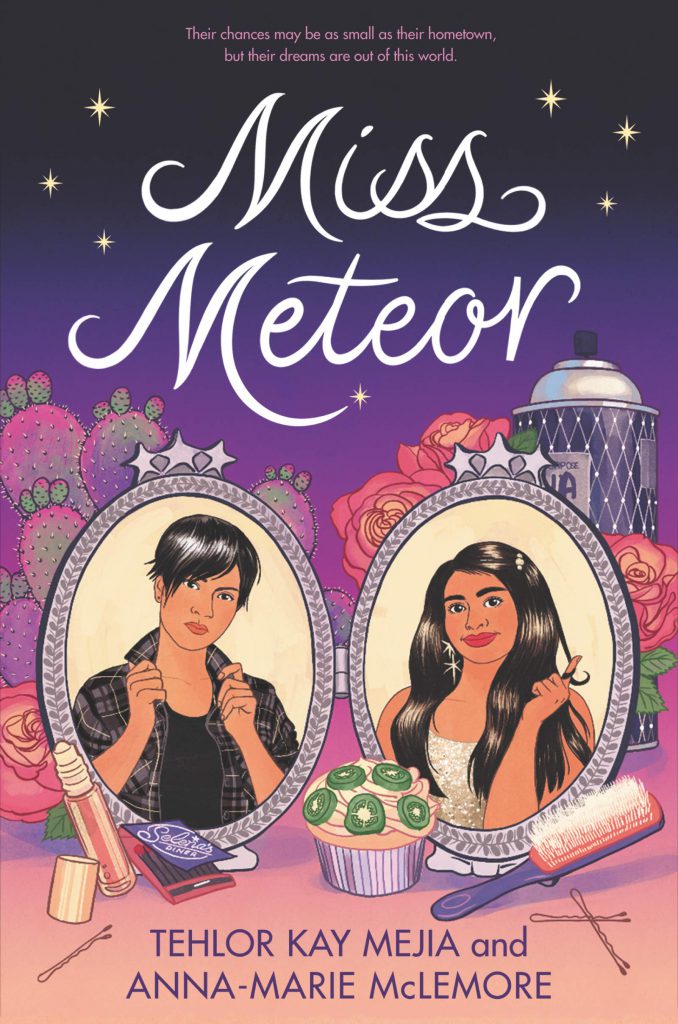 “There hasn’t been a winner of the Miss Meteor beauty pageant who looks like Lita Perez or Chicky Quintanilla in all its history. So to pull off the unlikeliest underdog story in pageant history, Lita and Chicky are going to have to forget the past and imagine a future where girls like them are more than enough–they are everything.” 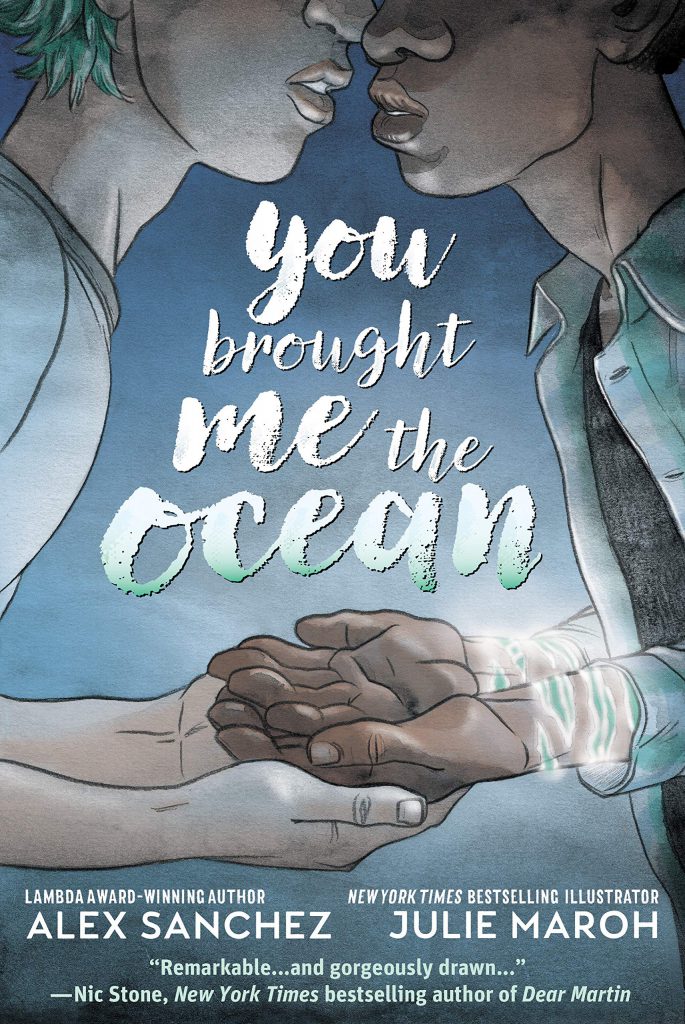 You Brought Me the Ocean (Sanchez, Alex)

You Brought Me the Ocean by Alex Sanchez

“Jake Hyde yearns for the ocean and is determined to leave his hometown in New Mexico for a college on the coast, and while his family and friends encourage him to stay, he must deal with his secrets of being gay and some strange new blue markings on his skin giving him a glow when he touches water.” 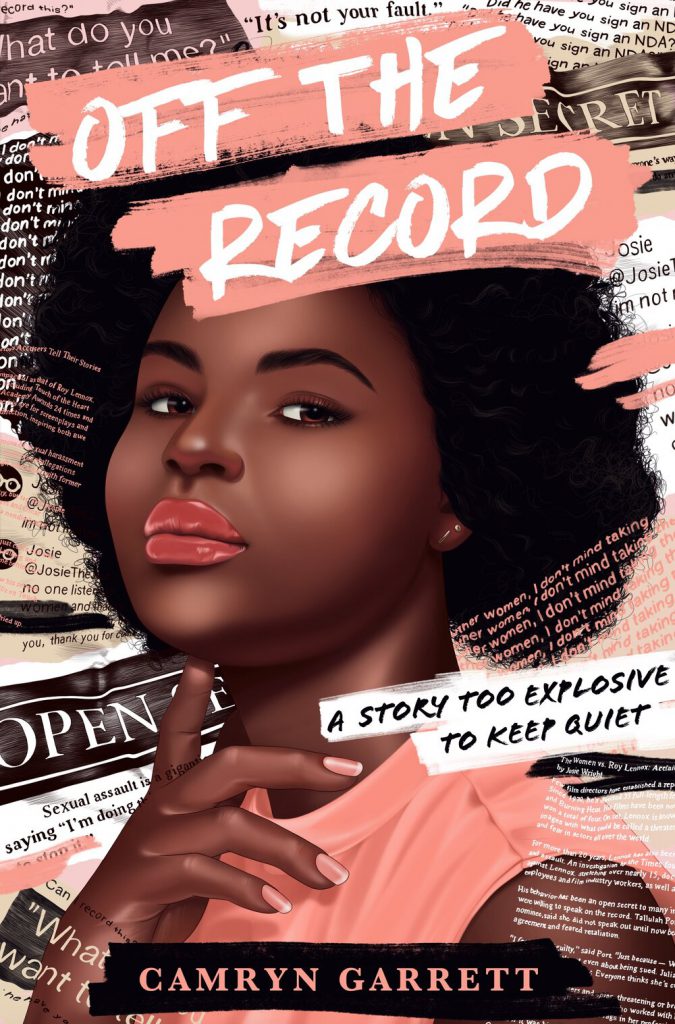 Off the Record (Garrett, Camryn)

Off the Record by Camryn Garrett

“A teen journalist uncovers the #metoo scandal of the decade: a bigshot Hollywood director is taking advantage of cast members.” 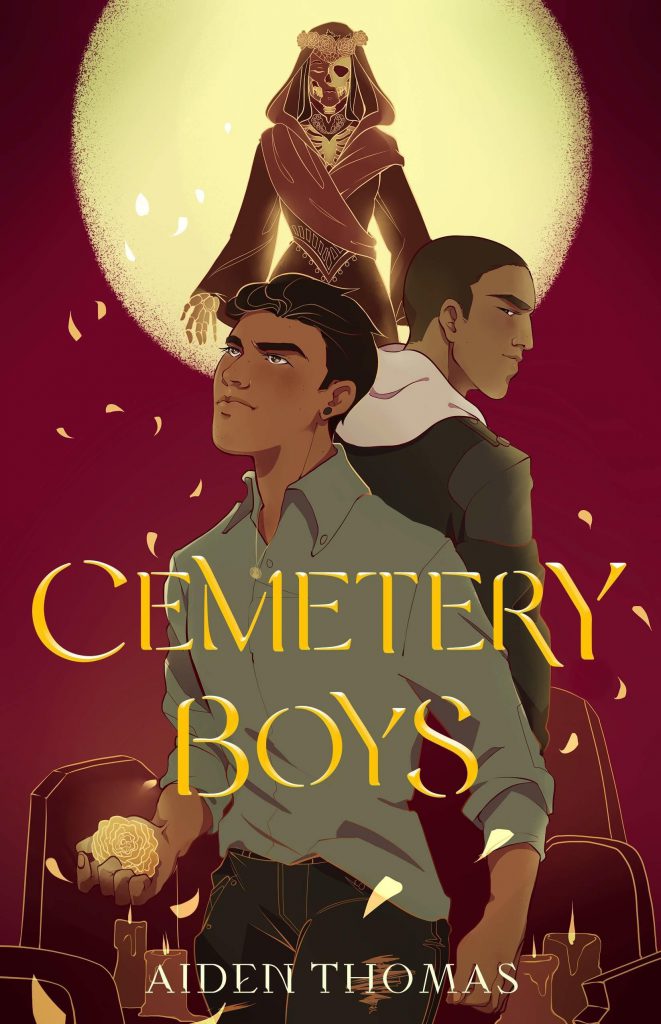 “Yadriel, a trans boy, summons the angry spirit of his high school’s bad boy, and agrees to help him learn how he died, thereby proving himself a brujo, not a bruja, to his conservative family.” 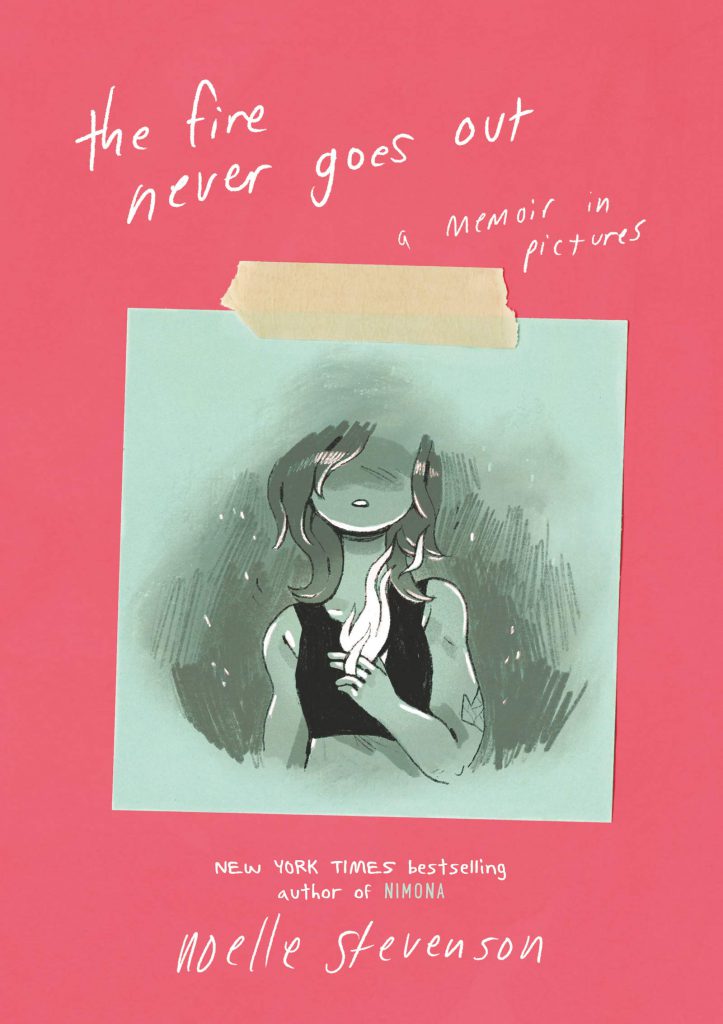 The Fire Never Goes Out by Noelle Stevenson

“In a collection of essays and personal mini-comics that span eight years of her young adult life, author-illustrator Noelle Stevenson charts the highs and lows of being a creative human in the world. Whether it’s hearing the wrong name called at her art school graduation ceremony or becoming a National Book Award finalist for her debut graphic novel, Nimona, Noelle captures the little and big moments that make up a real life, with a wit, wisdom, and vulnerability that are all her own.” 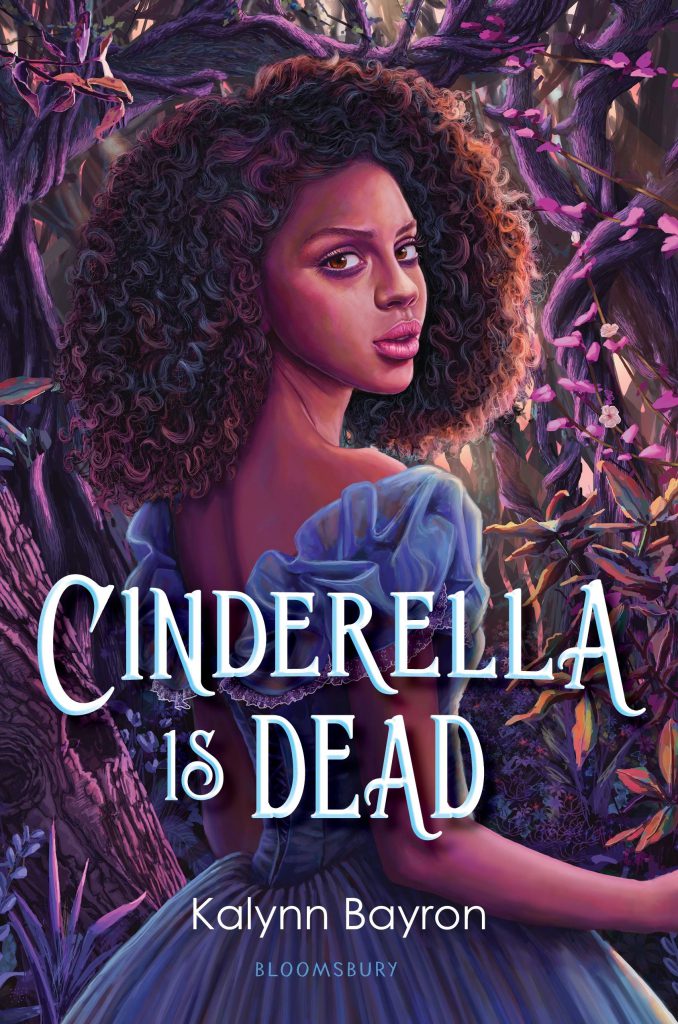 Cinderella is Dead by Kalynn Bayron

“Queer black girls team up to overthrow the patriarchy in the former kingdom of Cinderella.”