“The right of citizens of the United States to vote shall not be denied or abridged by the United States or by any State on account of sex. Congress shall have power to enforce this article by appropriate legislation.” – 19th Amendment to the U.S. Constitution 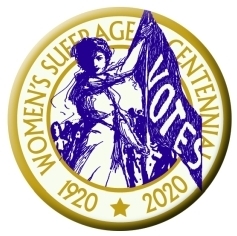 This year marks the 100th anniversary of the 19th Amendment, which granted most – but not all – women in the U.S. the right to vote. Passed by Congress in 1919, the formal campaign for women’s suffrage started in 1848 at a convention, in Seneca Falls, New York, organized by Elizabeth Cady Stanton, and other women’s rights advocates. The 72-year battle for the ballot ended with the ratification of the Nineteenth Amendment on August 18, 1920 and its certification eight days later.

If you would like to learn more about the women’s suffrage movement in America, check out the following resources: 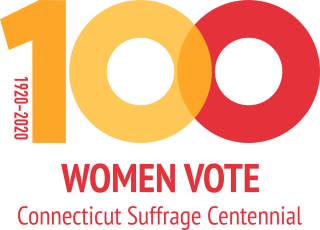 Failure is impossible : Susan B. Anthony in her own words by Lynn Sherr

Mr. President, how long must we wait? : Alice Paul, Woodrow Wilson, and the fight for the right to vote by Tina Cassidy

Sisters : the lives of America’s suffragists  by Jean H. Baker

Why they marched : untold stories of the women who fought for the right to vote by Susan Ware

The woman’s hour : the great fight to win the vote by Elaine Weiss

Not for ourselves alone : [DVD] : the story of Elizabeth Cady Stanton & Susan B. Anthony / a film by Ken Burns and Paul Barnes ; written by Geoffrey C. Ward ; produced by Paul Barnes, Ken Burns ; directed by Ken Burns

Or browse more books, audiobooks and DVDs on this topic using Hoopla, the library’s free downloadable service for books, movies and music: