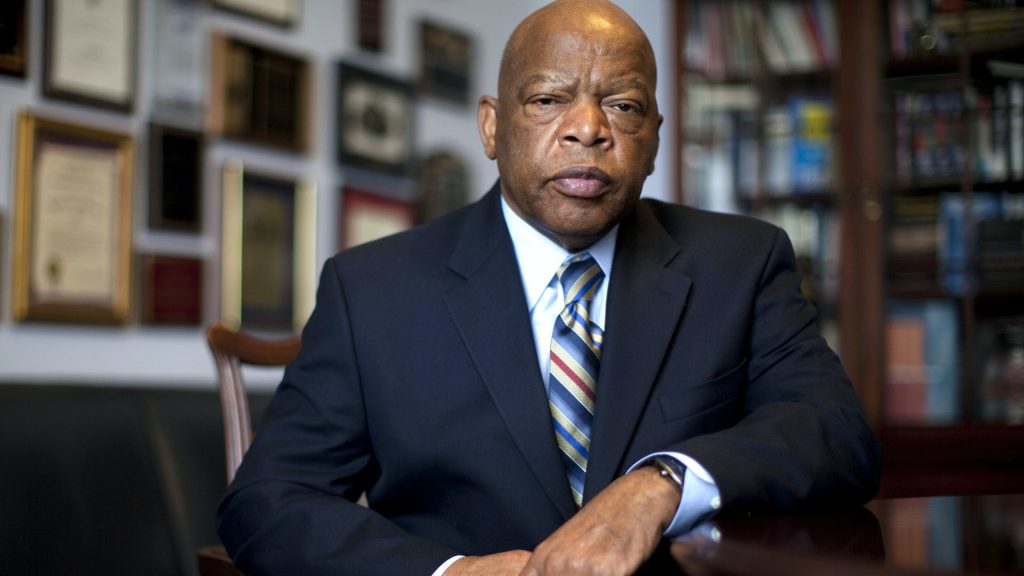 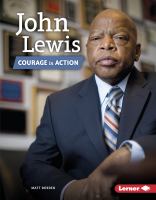 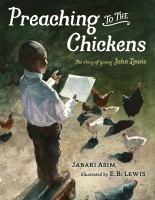 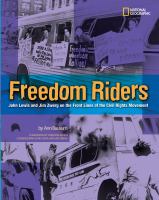 Preaching to the Chickens: The Story of Young John Lewis by Jabari Asim; illustrated by E. B. Lewis
John wants to be a preacher when he grows up a leader whose words stir hearts to change, minds to think, and bodies to take action. But why wait? When John is put in charge of the family farm’s flock of chickens, he discovers that they make a wonderful congregation! So he preaches to his flock, and they listen, content under his watchful care, riveted by the rhythm of his voice. Celebrating ingenuity and dreaming big, this inspirational story, featuring Jabari Asim’s stirring prose and E. B. Lewis’s stunning, light-filled impressionistic watercolor paintings, includes an author’s note about John Lewis, who grew up to be a member of the Freedom Riders, chairman of the Student Nonviolent Coordinating Committee, and demonstrator on the Edmund Pettus Bridge in Selma, Alabama, and is now a Georgia congressman

John Lewis: Courage in Action by Matt Doeden
John Lewis is one of the most courageous leaders of the civil rights movement. In 1986, Lewis won a seat in US Congress, which he continues to occupy. Follow Lewis’s journey to Washington, DC, where he fights for equality.

John Lewis: American Politician and Civil Rights Icon by Caitie McAneney
The civil rights movement of the 1960s brought John Lewis out of anonymity. As one of the “Big Six” leaders of the civil rights movement, he participated in the March on Washington as the youngest speaker of the event. Even after the Civil Rights Act and Voting Rights Act were passed, Lewis continued to fight for civil rights. Readers will learn that today he represents Georgia in the House of Representatives and has advocated for healthcare reform, improvements to education, and reducing poverty. This biography shows that Lewis serves as a role model for young people throughout the country by fighting equal rights for all.

The Story of Civil Rights Hero John Lewis  by Jim Haskins and Kathleen Benson
A biography of Congressman John Lewis, whose work for civil rights includes chairing the Student Nonviolent Coordinating Committee, and demonstrating on the Edmund Pettus Bridge in Selma, Alabama.

March Graphic Novel Trilogy  by John Lewis and Andrew Aydin; Art by Nate Powell
Welcome to the March trilogy, in which Congressman John Lewis, an American icon and one of the key figures of the civil rights movement, joins co-writer Andrew Aydin and artist Nate Powell to bring the lessons of history to life for a new generation.

Walking With the Wind: A Memoir of the Movement by John Lewis with Michael D’Orso
Forty years ago, a teenaged boy stepped off a cotton farm in Alabama and into the epicenter of the struggle for civil rights in America, where he has remained to this day, committed still to the nonviolent ideals of his mentor Martin Luther King and the movement they both served. John Lewis’s life, which he tells with charm, warmth, and toughness, ranges across the battlefields of the civil rights movement — Selma, Montgomery, Birmingham, Mississippi. It is peopled with characters, including Diane Nash, Julian Bond, and Marion Barry; Bull Connor and Bobby Kennedy; James Farmer and Jim Forman; Malcolm X and Lyndon Johnson; Shirley MacLaine and David Halberstam; Harry Belafonte and Martin Luther King, and many more. From a sharecropper’s farm to Nashville in the late 1950s, Lewis was swept up by the rising winds of the civil rights movement where he risked his life over and over, and went to jail many, many times. By the 1960s, he was steering the sit-in movement through the South, leading the Freedom Rides, assuming the chairmanship of SNCC, and stepping into the national spotlight at the 1963 March on Washington. Lewis was in the Mississippi Summer of 1964, at Bloody Sunday in Selma in 1965, at Bobby Kennedy’s side in 1968 moments before Kennedy was gunned down in the kitchen of Los Angeles’s Ambassador Hotel. As a sixth-term United States Congressman, the highest ranking, black elected official in the country, Lewis continues the nonviolent struggle that has defined his entire life.

Breach of Peace: Portraits of the 1961 Mississippi Freedom Riders by Eric Etheridge

The March on Washington: Jobs, Freedom, and the Forgotten History of Civil Rights by William P. Jones